You are here: Home1 / History 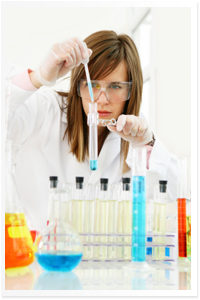 The Spanish Ovarian Cancer Research Group (GEICO) was founded in 1999 as a non-profit Scientific Association with two main objectives:

Since it was founded, one of the GEICO group’s aims has been to enable the majority of the centres in the country to participate in high-quality scientific international protocols. To achieve this objective, in 2003 the group joined the Gynecologic Cancer Intergroup (GCIG), where it participates in collaboration with other global Cooperative Groups involved in gynaecological cancer research. Resulting from this collaboration with the GCIG, the GEICO group has participated and is actively participating in several randomised trials on gynaecological cancer, which are listed in the CLINICAL RESEARCH tab on this page. Moreover, GEICO is actively participating in the design and promotion of new clinical studies under the auspices of the GCIG.

Recently, GEICO also joined the ENGOT platform (European Network of Gynaecological Oncological Trial Groups) and the American group Gynecologic Oncology Group(GOG), with the objective of being able to participate in international trials designed in both Europe and the United States.

As mentioned, another of its basic objectives is to promote and organise scientific meetings on Gynaecological Oncology. Along these lines, every two years it organises the International Symposium “Advanced Ovarian Cancer: Optimal Therapy Update” in Valencia. This Symposium has become, due to the quality of its speakers and the cutting-edge topics discussed, the leading educational reference for the medical management of ovarian cancer in our country, and one of the main forums for discussion and updates in Europe. Every year increasing numbers of specialists from the U.S., Canada, and Australia take part.

Although the GEICO group was initially made up solely of medical oncologists, in recent years other specialists dedicated to treating and researching gynaecological oncology have joined the group, such as gynaecologists, pathologists, or molecular biologists. This significantly enriched the group and the possibility of designing translational oncology studies and participating in clinical trials evaluating surgical aspects. The group is currently comprised of specialists from around 70 hospitals in Spain.